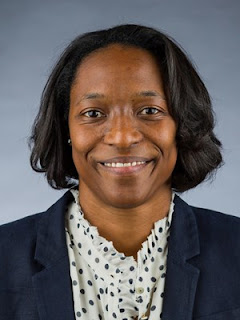 Charmin Smith with 2 degrees from Stanford returns for her 14th season at Cal and is now the Head Coach for her 3nd year..

Kai Felton is back for her 9th year at Cal.  Kai has been an Assistant at Oregon, 2 years, and at USC, 5 years.  Kai is no longer an official coac but she is a Special Assistant.

Eliza Pierre is in her first year after 4 years at UCSB.

Kelly Cole comes from Northeastern where she was the Head Coach.  Cole and Charmin coached one year together at Boston College.

Karisa Ortiz, 6-0 Guard Grad Transfer from Texas/  Mitty HS to Penn State to Texas.  Last season at Texas she averaged 4 points and had a 2:1 Assists to Turnover ratio.

Arkansas at Arkansas is the only Power 5 team although Cal hosts a three game tournament that includes Mississippi.

Jazlen Green 5-11 Redshirt Soph Guard averaged 9 points and made 48 threes at 37% 2 seasons ago.  Green missed last season with an injury.

Mia Mastrov, 5-11 Soph ? Guard who graduated early from HS to join the Bears.  Mia averaged 7 points and 4 rebounds playing in the last 6 games.

Alma Elsnitz 5-11 G from Sweden.   Alma was injured and played in only the first game however in that game she scored 14 points.

Sela Heide, 6-7 Soph Post from Washington ( hometown is the Twin Peaks TV show location).   Sela played only 9 games before being injured and averaged 3 points and 3 rebounds.

From a team with no depth last season to 14 players now.   Daniels, Onyiah and McIntosh are three probable starters but this year Charmin has a number to choose from.

Amaya Bonner, 6-0 Wing from Oakland.   Not ranked but offers from ASU, Arizona, UCLA, Utah and Washington. 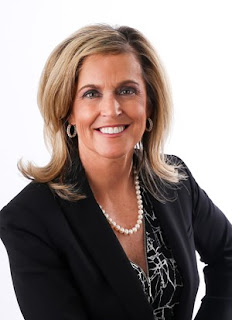 Charli Turner Thorne returns for her 24th season as the Head Coach, and has taken the Sun Devils to the NCAAs 10 of her last 13 years of coaching.

Jackie Moore is in her 9th year as an Assistant at ASU and is now the Associate Head Coach.    She has been an assistant at Miami of Florida, Boston College and Nevada.

Yvonne Sanchez will be in her first year coming from Michigan where she was an assistant for 3 seasons.  Sanchez was Head Coach at New Mexico in the past for 5 years.

Nikki Blue the former UCLA star will be in her 3nd year as an assistant.   Blue has Stanford connections having coached the past two years with Nicole Powell at Grand Canyon and then for three year prior for Coach McCall at Cal State Bakersfield.

Meg Saunders is a special assistant to Charli.   This is Saunders 17th year on the staff .

Jade Loville , 5-10 Sr Wing with 2 years remaining to play.  Jade transferred from Boise State where she averaged 17 points including 40 against UNLV.

Isadora Sousa, 6-0 Jr Guard a JC transfer who was 2nd team All American.

Jayde Van Hyfte is a 6-1 Redshirt Sr who played just one game and was injured.  The year before she averaged 5 points and 5 rebounds.

ASU is a team with new players who will be depended on and a fairly young team.   Hanson is a vet and solid player.  However beyond that any of 8-9 could start.  This isn’t the ASU of old, on the other hand great coach and they will play hard.

Last Season:  Arizona was 21-6 overall and 13-4 in Pac 12 play, under Head Coach Adia Barnes.   Of course all the way to the Final NCCA National Championship game.

The Coaches: Adia Barnes is the all time leading scorer at Arizona and is in her 6th year the Head Coach.  Barnes had been at Washington as an assistant  for four years as the Huskies came from the 2nd division of the Pac 12 to the NCAA Final Four.  Barnes played professionally for 12 years including for 4 WNBA Teams.

Salvo Coppa, or Mr Barnes is a 6th year assistant.  Coppa is from Italy and has extensive overseas coaching experience.

Ashley Davis is in her first year after coaching at Oklahoma State for 6 years.   Davis played at TCU.

Several others who seldom played have left the team.

Taylor Chavez, 5-10 Sr Point Guard who transferred from Oregon where she averaged 4 points making 9 starts.    As a Soph Chavez averaged 6 points and shot 47% from three and was the Pac 12 6th person player of the year.

Madison Conner is a 5-10 Frosh Guard from Arizona.   She did play a bit in 6 games and graduating early from HS to join the Wildcats.  Conner was ranked # 56 out of HS.

Koi Love is a 6-0 Jr Wing who transferred from Vanderbilt.   The season at Vandy was stopped after 8 games but Love averaged 21 points and 9 rebounds.

Aryiah Copeland, 6-3 SR Post who Grad transferred from Alabama.   Last season she averaged 14 points, 9 rebounds and was % 3 in the nation with a 61% Field Goal %.

Sam Thomas is a 6-0 5th Year Sr Forward who averaged 7 points and 3 rebounds.

Bendu Yeaney, 5-10 Sr Guard from Portland who transferred from Indiana.   Bendu averaged 4 points and 3 rebounds in her first season at Arizona.

Helena Pueyo is a 6-0 Jr Guard from Spain who averaged 4 points.

Shaina Pellington is a 5-8 Redshirt Sr G who averaged 6 points.

Big loss with McDonald of course.   I would imagine the starters would be Reese and Ware at the post and Big forward with Chavez at the point, with Thomas and Love.  Lots of depth for the Wildcats.   Attendance will be great, what a job by Coach Barnes.

Key will be working into roles for several of the new players, but the league will be so very tough this season.  The Wildcats should be top 5 but how high?

This story is about those who have moved on from Pac 12 schools or are coming to Pac 12 schools, including both athletes and coaches.    I have not listed those who played four years and are not returning for their “free” year.

Coming:  Jade Melborne, PG Australia,   Meg Newman, 6-3 Wing Indiana, Ranked 33,   Jade Loville 5-10 Jr Guard from Boise State who averaged 17 points.     Ayzhiana Basallo a 5-5 PG Grad transfer from San Jose State, where she averaged 18 points and 4.6 assists as a Jr shooting 45% from three.  SJS had they schedule cancelled after only 4 games this season.   Yvonne Sanchez joins the staff as an assistant coming from U of Michigan, before Michigan she was the Head Coach at New Mexico.  Mael Gilles, 6-1 Sr is from Rutgers where she averaged 8 points and 4 rebounds.

Coming:  Great Kampschroeder 6-0 Frosh Wing from Illinois.   Ellie Mack Forward who averaged 7 points returns for her 5th year.   AJ Marotte, 6-0 Wing will be a frosh decommitting  from Washington.    AJ was ranked # 63.   Tea Adams is a grad transfer from San Diego State where she averaged 10 points.

Going:  Maya Dodson who opted out this season to Notre Dame.

Coming:  IImar’l  Thomas 5-10 Wing a Grad transfer from Cincy.  She averaged 23 points last season and was the league POY.    Natalie Chou back for her 5th year.   Chou averaged 10 points, 4 rebounds and shot 38% from three.   Jaelynn Penn (5-10 SR wing From Indiana, grad transfer, she averaged 9 points and 5 rebounds.    Gina Conti is a Grad Transfer from Wake Forest, a 5-10 Guard who averaged 14 points and appears to be another Point Guard.

Coming:  New Head Coach Tina Langley.  Langley revitalized a Rice program and led it to unprecedented success in six seasons at the helm. Her winning percentage of .674 (126-61) is the best in program history, but it is not the only example of how Langley has raised the bar to record heights while at her first head-coaching stop. The Alabama native has led the Owls to their greatest five-year stretch in program history and simultaneously made Conference USA history along the way while also taking home Conference USA Coach of the Year honors in the 2018-19 season. Included in that span is an astonishing 44-4 (.916) record in conference play the last three years.   Marisa Davis 6-1 Wing from Arizona, Ranked 76, A.J.Marotte, 6-0 Wing from Texas, Ranked 63.  Avery Van Sickle, 5-10 PG from Colorado Ranked 85,   Oliva Pollerd, 6-2 Wing from Australia.   There new Assistant Coaches.  Latara King from Rice, Dan Tacheny from the NBA G league, Katie Faulkner from Oregon State.
Going:  Haley Van Dyke Jr Forward, averaged 12 points, 6 rebounds,   Tamieka Sadler Frosh Guard averaged 10 points to Colorado..   Quay Miller Soph  Post averaged 10 points and 6 rebounds to Colorado.   Nia Lowery RS Frosh Guard averaged 3 points.

Pac-12 Results of the Week of January 8th

This blog is part of the official
Stanford Fast Break Club, which provides the latest information about the women's basketball program.